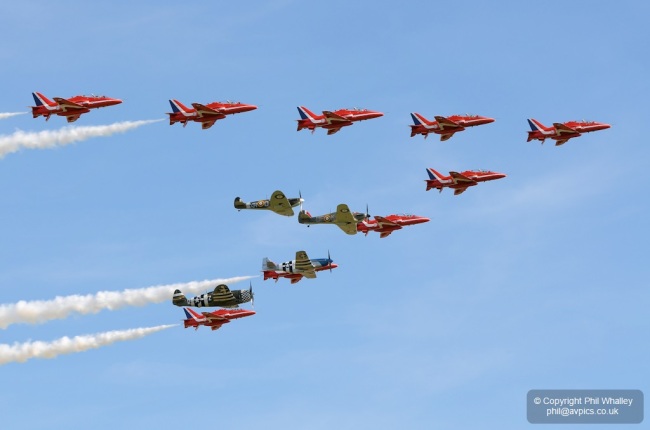 Duxford’s first show of 2013 commemorated the 70th anniversary of the arrival at the wartime Cambridgeshire airfield of the 78th Fighter Group of the US Army Air Force. Initially equipped with P-47 Thunderbolts and arriving in April 1943, the Group traded them for P-51 Mustangs in December 1944, and both types played a significant part in the commemorations – not just at the show but also as part of the following day’s flypasts over other significant airfields with links to the USAAF and also the Cambridge American Cemetery at Madingley – see Madingley flypast .

As part of the ‘Eagle Squadron’ P-47 ‘Snafu’ and P-51 ‘Princess Elizabeth’ were joined by a Hurricane and Spitfire representing aircraft flown by volunteer US pilots at a time before their home country had joined the battle, and these squadrons flew under that title. Flying as a four-ship, with B-17 ‘Sally B’, with the Red Arrows and in pairs, the ‘Eagle Squadron’ was one of the most eagerly anticipated display acts of recent years – and they didn’t fail to deliver. Led by British pilot Paul Bonhomme in the Hurricane, the remaining members of the quartet were the three pilots that make up the ‘Bremont Horsemen Flight Team’ – Dan Friedkin (Spitfire), Ed Shipley (Mustang) and Steve Hinton (Thunderbolt). The trio normally fly Mustangs and have been seen before at Duxford doing so in a mix of UK-based P-51s and specially imported US-based airframes. 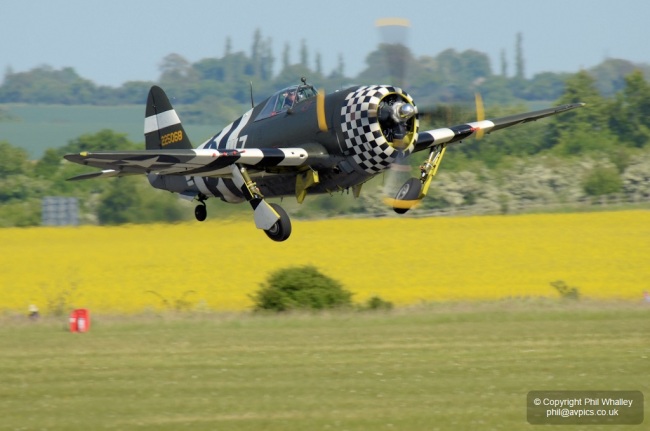 The US theme ran through the whole show both in the air and on the ground. ‘The Three Belles’ delighted the crowds on the ground:

whilst Golden Apple Operation’s F-86A Sabre made a welcome return after its engine issues:

Other warbird content included the Battle of Britain Memorial Flight Lancaster, Spitfire and Hurricane, Westland Lysander and the pairs display of the ‘Grace Spitfire’ with ARCo’s Buchon.

Civilian teams gave added colour to the show with the Trig Aerobatic Team, RV8tors and the solo Breitling Stearman wingwalker making good use of the sunny conditions. 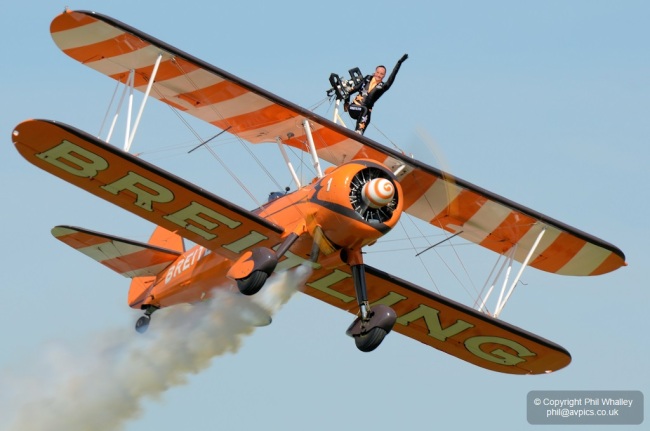 The focus of the event was quite rightly aimed at the historics, but the RAF did send the display Tucano in its homage scheme:

Due to delays the Tucano pilot hadn’t received his display authorisation in time to take part in the show. The RAF did though make an impact in closing the show with the Red Arrows making their UK 2013 debut, and flying nine Hawks for the first time since the tragedies of 2011.

Duxford’s first show of 2013 was an all-round success and heavily attended. Hopefully setting a trend for the rest of the year.

The next airshow at Duxford is the Flying Legends event over the weekend of 13 and 14 July.

With thanks to Esther Blaine and the IWM staff.