The Royal Netherlands Air Force solo display teams have long been popular and colourful supporters of UK airshows over the years, and 2013 has been no exception. The Orange Lion F-16 flown by Captain Stefan “Stitch” Hutten has displayed at Waddington and RIAT, whilst the AH-64D Apache joined it at RIAT, and additionally appeared at Culdrose and Sunderland. Their calendars also cover a number of other countries around Europe.

The home base of the RNLAF F-16 Demo Team shifts between Volkel and Leeuwarden Airbases every two years. In early 2012 the Leeuwarden team handed over their responsibility to Volkel Airbase and the personnel from the 312 and 313 Squadrons. 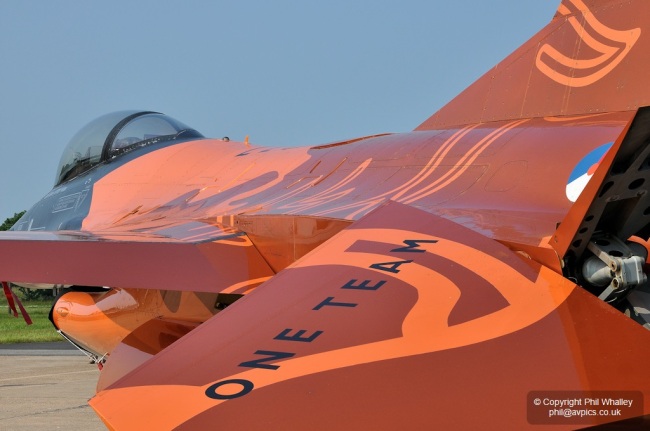 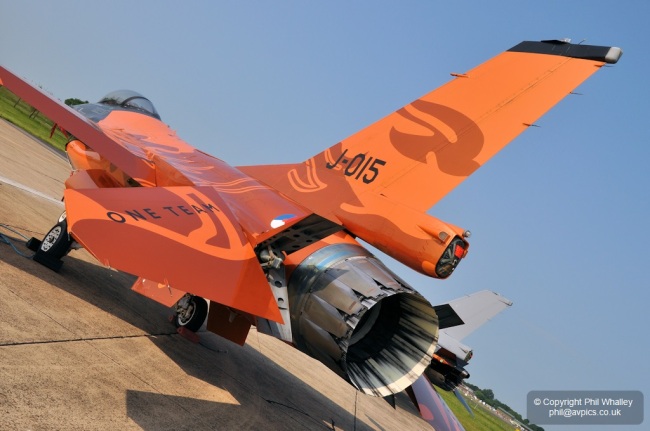 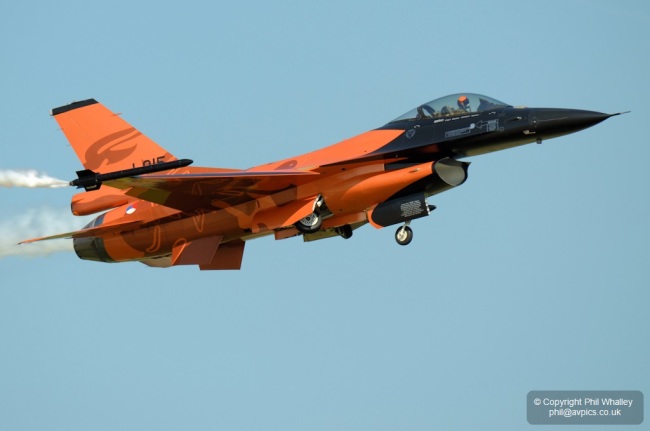 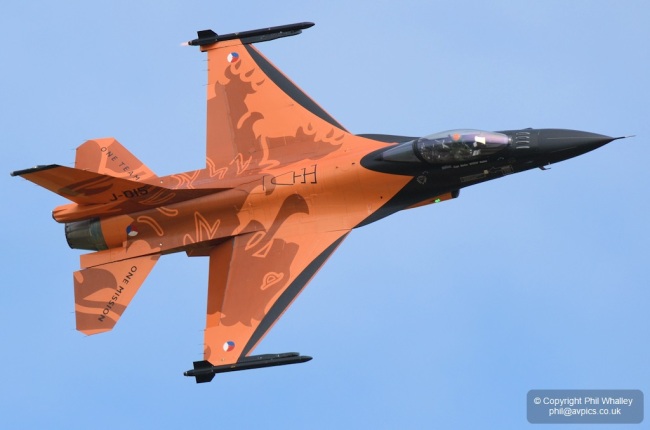 The team have been using J-015 in this stunning orange scheme since 2009, and the ‘Viper’ is fitted with a brake chute in national colours.

Crewed by Captain Major Raymond Laporte and co-pilot Captain Harm “Kaas” Cazemier, the Apache is operated by 301 ‘Redskins’ Squadron of the Defence Helicopter Command stationed at Gilze-Rijen Air Base. Unlike the F-16 the team’s Apache is decorated with decals which can be removed should the attack helicopter be needed on operations. The display can include flares, though sadly these are not often cleared for use at UK shows.

“Through wisdom, effective and immortal” is the motto of 301 Squadron. This motto is clearly displayed in the Squadron’s emblem which features a centaur as the central figure. This centaur combines the strength of a horse with the upper body of a warrior displaying its wisdom and strength. The display scheme also includes markings commemorating 100 years of Netherlands military aviation.